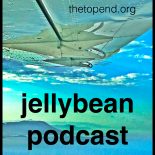 Jellybean 79 with Kirsten Kingma of BadEM

The Africans are coming. BadEM are surfing a #FOAMed wave at the moment and they are doing it with style, which isn’t that surprising when Kirsten Kingma is on board.

The Jellybean Podcast is a big fan of the http://www.BadEM.co.za bunch. Of course we are. Why wouldn’t we be? They are a great cohesive team of fabulously varied individuals. We like that sort of team. If you were at #dasSMACC you won’t have forgotten the BadEM team standing up with their friend and colleague Annet Alenyo @aalenyo introducing the whole room to #UBUNTU and @Go_Supadel. On the BadEM website the team members have pen portraits. We have already talked to The Logic and The Braun. Today we speak to The Adventurer.

I got into medicine for many reasons but one of them was that I would have my profession in my head and no matter what shit went down I would still have all that stuff in my head. Given the nonsense coming from the White House these days I still think it was the right idea. It isn’t easy to squeeze all that stuff in there and I had to make some sacrifices. I had to let some stuff go, sporty stuff, arty stuff, academic stuff and so on. That’s what I thought I had to do. Or did i? Did I have to give those other things away?

@SurferKirst wanted to become a doctor. She saw the adventure in medicine. She wan’t willing to let the other adventuring go. Surfing scholarships, paragliding study groups and thats just the start.

I’m hoping she sets up the first zero-carbon aeromedical retrieval service using tandem solar-powered para-motors. You’ve got to think big. Kirsten and friends do. Otherwise BadEM wouldn’t have put together the totally free #FOAMed conference in Stellenbosch last year. Or the #badEMfest18 next year!

#badEMfest18 is a whole new concept; rural african glamping, mountains, learning and if Kirsten has anything to do with it some nutty adrenaline sports! They have a knock-out local faculty and some international blow-ins from St. Emlyn’s and The Teaching Course. And I can reveal that there will be a South African Teaching Course in Cape Town just before #badEMfest18 (March 2018)

If you’ve never been to South Africa or the continent of Africa then I have a question for you; “why?”

After that there are only 54 more countries in Africa to visit. They say this is the ‘Asian century’. I wouldn’t be surprised if it ended up being a close run thing. 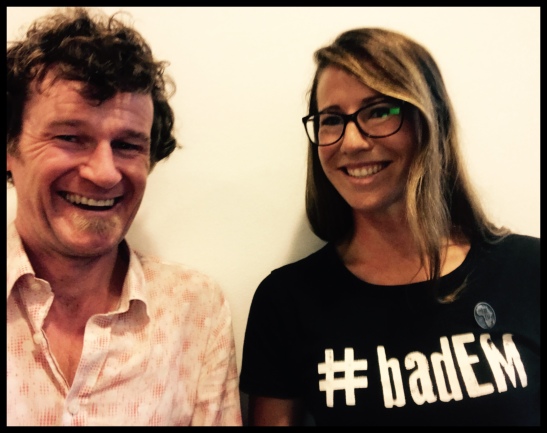 If you like this stuff subscribe to the podcast on iTunes or Stitcher Radio and tell anyone else that might be interested. I am supposed to ask you to leave reviews on iTunes and stuff but, really, who does that?